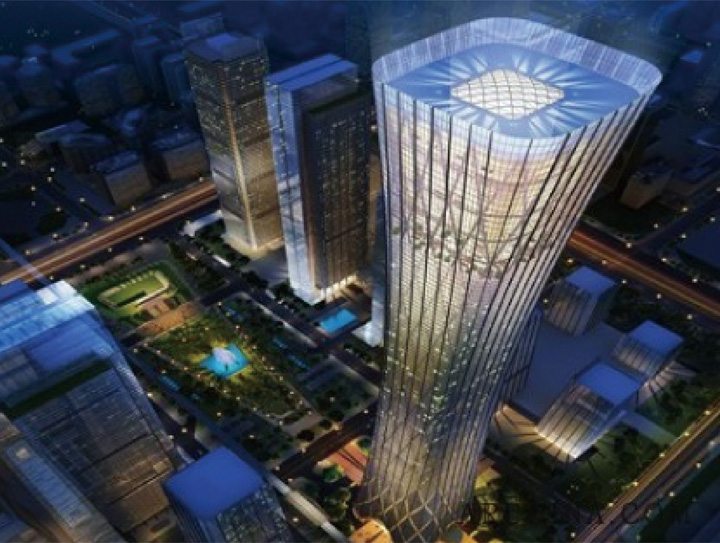 China Zun is located in Beijing Chaoyang District CBD core area Z15 block of a super high-rise building, will be completed after the completion of the highest landmark in Beijing.
The west side of the project and Beijing is currently the highest construction of the three international trade, the total building height of 528 meters, the future will be planned for the CITIC Group headquarters building. Started on September 12, 2011, the end of 2016 the main cap, completed in 2018 delivery. By the Beijing CITIC and Industry Co., Ltd. investment is expected to total investment of 24 billion yuan. [1]
Z15 is the largest area of ​​CBD core area. Z15 plots east to Kim and East Road, south to King Hui Street, west to Kim and Road, north to plan green. CITIC Group in December 22, 2010 CBD core area of ​​the first batch of the transfer to 6.3 billion yuan to obtain the land, with a total construction area of ​​about 437,000 square meters. 108 floors on the ground, seven layers of pure basement, tower floor five underground, will be completed after the completion of the three international trade to become Beijing’s first high-rise. The pit is about 140 meters east and west, about 80 meters north and south, covers an area of ​​11478 square meters, the tower uses the core tube giant frame outer arm to change the truss structure, based on the foundation pile raft with anchor structure, is the best global seismic performance 500 meters of high-rise buildings, the construction of the entire use of advanced BIM technology, the use of computer instead of artificial pre-assembled on the structure to reduce the construction of rework and errors.